Warning: Use of undefined constant AW_CSS - assumed 'AW_CSS' (this will throw an Error in a future version of PHP) in /home/customer/www/increasingthepeace.com/public_html/wp-content/plugins/advanced-widgets/advanced-widgets.php on line 16
 The Role of Ritual in Mayan Healing | Increasing the Peace

Written and Created by: MaryKate McCann

Lola Marina Juan and Genaro Jacinto Calel spent the beginnings of their lives in a decades-long civil war in Guatemala.

“It was horrible; there were a lot of deaths,” Genaro said. “You had to know how to survive.”

Guatemala’s 36-year civil war began as guerrilla groups started battling government military forces. The long conflict was marked by abductions and violence, including mutilations and the public dumping of bodies.

“Everyone had someone in the family who was killed or disappeared at that time,” Genaro said. The term “disappeared” has been used in a number of Latin American conflicts to refer to mass unexplained disappearances of Latin Americans beginning in the mid-20th Century.

It was 1989 when Genaro left Guatemala, but it wasn’t an easy process.

“Crossing the border was the hardest part,” Genaro said. “In January especially, no clothes, no food. And then I was 21, I was afraid. I didn’t know the area and I didn’t speak the language at all.”

Genaro was arrested at the border and spent six months in jail.

“I didn’t know the laws, the rules in this country,” Genaro said. “A lot of people were deported.”

Genaro’s wife Lola didn’t arrive in the U.S. until the fall of 2013. She has become involved with women’s rights.

“Light” is what Lola refers to as what led her to where she is today. She and her husband Genaro find solace in performing Mayan sacred fire ceremonies which are a part of their culture. Rituals are one specific tool often used to pave the way for peace.

“There is a negative and positive [to building peace],” Lola said. “You have to stick for balance.”

You are here: Home > Resolution > The Role of Ritual in Mayan Healing 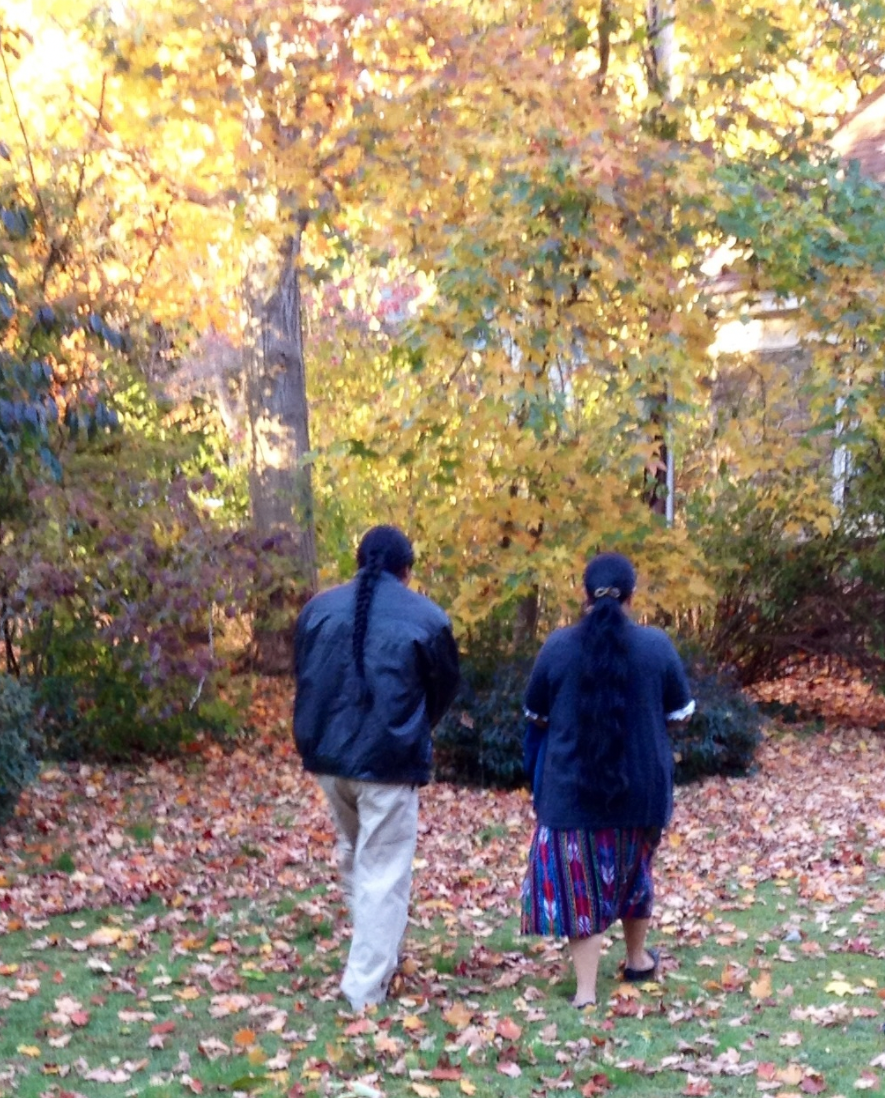